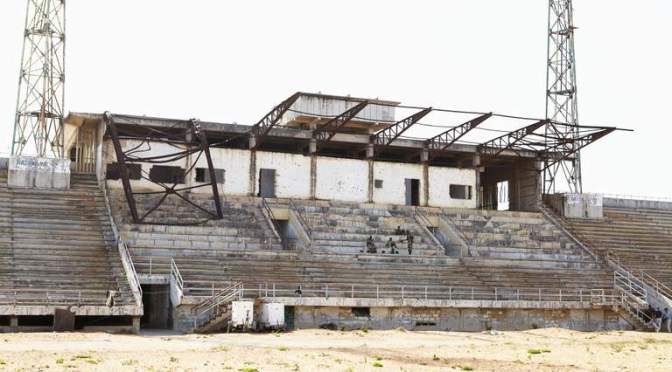 The gunmen were determined to drain every last drop of blood for the land they were being forced to cede in the heart of Somalia’s capital, Mogadishu.

There had already been months of fighting in the surrounding streets as African Union (AU) troops, deployed to bring peace to this most blighted of cities, advanced street by street.

Gunfights at the time had raged for days across narrow alleyways. On one side were soldiers from the Ugandan army, sent as the main component of the AU force. On the other, followers of al-Shabaab, the extremist al-Qa’ida-linked body that had sought to enforce its hard-line interpretation of Islamic law on the city.

One of their final bastions was Mogadishu stadium, once the centre for Somalia’s national football team. Even when all the surrounding streets in the district had been cleared, the militiamen holed up there refused to surrender – requiring the soldiers to clear it one corridor and one stand at a time.

The devastation this battle caused can be seen in every bullet hole that peppers the structure. At its entrance way, gaping holes mark where shells had struck.

Even after the stadium was cleared, there had been one last shocking surprise. As African Union troops celebrated their victory and wandered inside, there was a gunshot and a soldier fell, shot between the eyes. An al-Shabaab fighter had hidden in a ventilation shaft to secure one last victim.