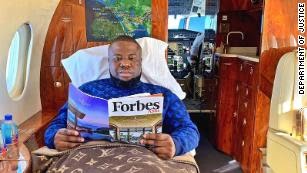 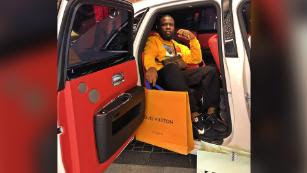 True or False with Red Marker
The 5 Principles of Ethical Journalism
The core principles of ethical journalism set out below provide an excellent base for everyone who aspires to launch themselves into the public information sphere to show responsibility in how they use information.

There are hundreds of codes of conduct, charters and statements made by media and professional groups outlining the principles, values and obligations of the craft of journalism.

Most focus on five common themes:

Five Core Principles of Journalism
1. Truth and Accuracy
Journalists cannot always guarantee ‘truth’, but getting the facts right is the cardinal principle of journalism. We should always strive for accuracy, give all the relevant facts we have and ensure that they have been checked. When we cannot corroborate information we should say so.

2. Independence
Journalists must be independent voices; we should not act, formally or informally, on behalf of special interests whether political, corporate or cultural. We should declare to our editors – or the audience – any of our political affiliations, financial arrangements or other personal information that might constitute a conflict of interest.

3. Fairness and Impartiality
Most stories have at least two sides. While there is no obligation to present every side in every piece, stories should be balanced and add context. Objectivity is not always possible, and may not always be desirable (in the face for example of brutality or inhumanity), but impartial reporting builds trust and confidence.

4. Humanity
Journalists should do no harm. What we publish or broadcast may be hurtful, but we should be aware of the impact of our words and images on the lives of others.

5. Accountability
A sure sign of professionalism and responsible journalism is the ability to hold ourselves accountable. When we commit errors we must correct them and our expressions of regret must be sincere not cynical. We listen to the concerns of our audience. We may not change what readers write or say but we will always provide remedies when we are unfair.

Does journalism need new guidelines?
EJN supporters do not believe that we need to add new rules to regulate journalists and their work in addition to the responsibilities outlined above, but we do support the creation of a legal and social framework, that encourages journalists to respect and follow the established values of their craft.

In doing so, journalists and traditional media, will put themselves in a position to be provide leadership about what constitutes ethical freedom of expression. What is good for journalism is also good for others who use the Internet or online media for public communications.

Accountable Journalism
This collaborative project aims to be the world’s largest collection of ethical codes of conduct and press organisations.

The AccountableJournalism.org website has been developed as a resource to on global media ethics and regulation systems, and provides advice on ethical reporting and dealing with hate speech.

Shakir Essa is a senior journalist and news tv reporter, he takes a big role on somali social media,
He wrote a famous book of ” We are behind the curtain and the ogaal daily program
currently based on cincinnati Ohio, united states

The Shakir Essa Report, first aired January 2012, is a thirty-minutes, weekly investigative documentary in which he reports on African immigrant stories northern Africa, Libya and Tunisia. Shakir Essa is a social media activist in east african communities he served as manager at somali journalists and producer of Somali Today Tv

Shakir Essa was born in mid  1980s in the jameecada district of Hargeisa, Somaliland.[3] He attended high school in Hargeisa,