The eight-year-old girl is the star of short comedy videos that have taken Somalia by storm. Viewed millions of times on online platforms such as TikTok and YouTube, Muwado Abshir’s sketches touch on a wide range of topics, from unemployment and fashion to social media obsession and even relationships – and her jokes spare no one.

“I like to make people happy. I get happy when I see people laughing,” Muwado tells Al Jazeera, before breaking into laughter herself.

“People look better when they are happy and laughing.”

It all began in December of last year, when the eldest of Muwado’s seven older siblings, Abdikassim Abshir, was making a video for his TikTok channel.

“She wouldn’t leave me alone and kept on asking me to make a video of her,” the 19-year-old recalls.

But simply shooting the video was not enough for Muwado, who insisted that her brother share it online. Abdikassim reluctantly concurred – and within days, the clip had more than a quarter of a million views. 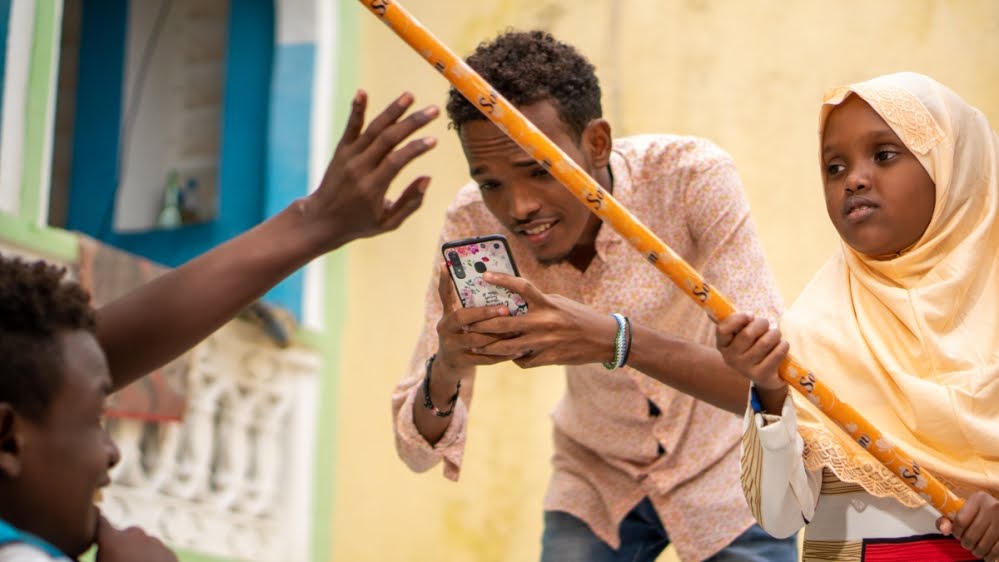 The funny sketch starts with Abdikassim telling Muwado not to play with his phone because she is too young. He then asks her to go to the shops to buy him ice cream.

Thinking that the post’s popularity was accidental, Abdikassim then posted a video featuring just himself – and did this did not go down too well with his followers.

“People would not let me post anything that Muwado was not in. They were not asking but demanding. I had no choice. It was either I post Muwado videos or don’t post anything,” he said. 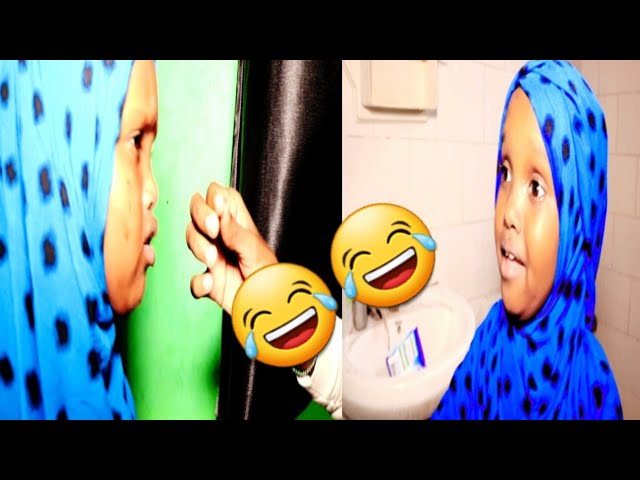 The brother-sister duo started posting videos together, with Abdikassim coming up with the script and Muwado delivering the punchlines. No topic was left untouched, with special attention reserved for social media influencers, schoolteachers and politicians.

One post, making light of federal leaders cutting ties with the central government in Mogadishu, garnered more than 1.1 million views.

Because of her age, Muwado’s videos are posted on her brother’s channel.

The account now has more than 235,000 followers and 3.2 million likes on TikTok. Muwado’s YouTube channel has garnered close to seven million views in less than a year – and that excludes the figures from people downloading and resharing her videos.

Somalia is recovering from a brutal two-decade civil war that has damaged almost every sector including the entertainment industry.

With the guns falling silent, many youths have been increasingly taking to social media, mostly TikTok and Facebook, to find entertainment, express themselves and pass their time. But no one could have predicted that an eight-year-old girl would grab the attention of millions in the conservative country.

“We have never had someone her age doing what she is doing. She makes the country laugh. I hope she continues forever,” says Nafisa Abdile Abdi, a store owner in central Mogadishu.

“Whenever I’m down or had a tough day, I go to Muwado’s channels and watch her videos. She makes me happy. For someone so young, she is very smart and very funny.”

With Muwado’s star continuing to rise, one of the country’s most popular musicians, Sharma Boy, released a song dedicated to her.

“Muwado, the happy one. She is better than the rest. She has no arrogance, always joking. No one like her on TikTok,” Sharma Boy raps in the song.

And Muwado’s online fame has also translated offline, with people inviting her to birthday parties, graduations ceremonies and even weddings for an appearance fee –  a figure her family did not want to disclose. 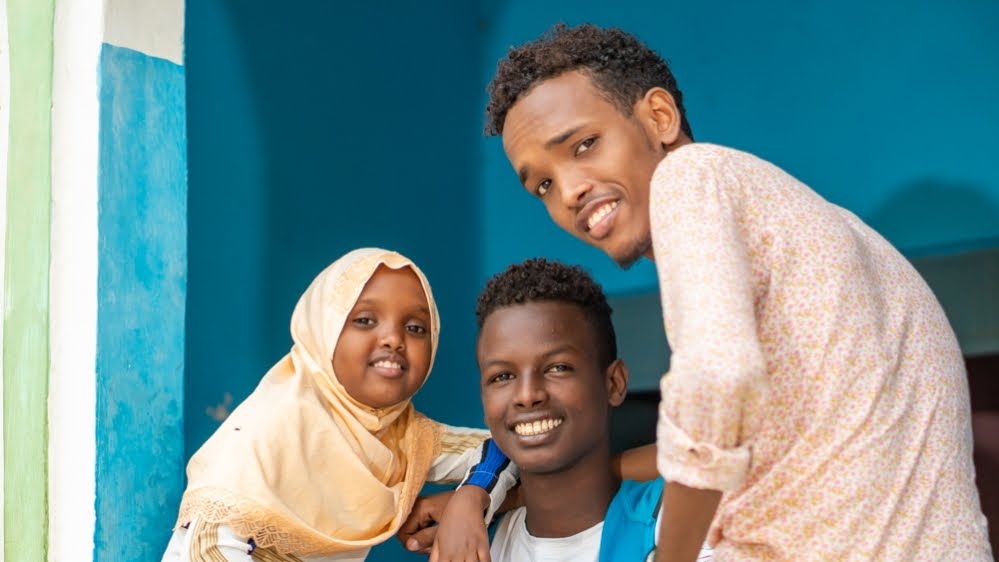 But it was not always like that. Muwado’s mother, Siraad Muuse, did her best to stop her from becoming a public figure.

“She is very young. She needs to focus on other things like school, learning the Quran and just been a child,” says Siraad, who was not happy when she found out Abdikassim had posted videos of his sister online.

She warned him against doing so, but the two siblings continued.

“Every day I will get phone calls from people telling me your daughter is on the internet. I always thought it was the first video until I realised there were dozens of other videos. It was too late to stop them. Now they tell me before they post and they tell me what the video is about,” says Siraad, who is now supporting her daughter.

And because of Muwado’s rising profile, Siraad has also become a celebrity in her own right.

“I get stopped on the streets by people and they ask how Muwado is doing. People are very nice and care about her. They call me Muwado’s mum and have stopped using my name. They even take photos with me,” Siraad said.

Meanwhile, Abdikassim has big dreams and plans for Muwado.

“I want her to make her a big star in Africa then take her to Hollywood where she can become a bigger star. God has given her a gift and I want to share that with [the] world,” he said.

“I enjoy making people laugh but that is not what I want to do when I grow up,” she said. “My dream is to become a doctor. I think it is better to treat people than to make them laugh.”

“People will find other things to make them laugh,” she added, again bursting into laughter.