Things look grim for independent journalism in Somalia. This can also be concluded from the country’s ranking in the World Press Freedom Index: close to the bottom of the list of 180 countries. Still, the local situation does vary from region to region. In the south in particular, journalists work in fear of their life. But in the country’s northern region, Somaliland, our team do everything in their power to support and train local Somali reporters.

A journalist is interviewing a politician or businessman. At the end, the interviewee offers the reporter an envelope full of money. And if he doesn’t, the reporter asks for one himself. In Somalia, this practice has a name: Sharuur. And virtually every journalist takes part in it. The result: nearly all media reports in the country are biased and distorted. After all, you don’t bite the hand that feeds you. This means that people in Somalia have next to no access to reliable and factual information.

Journalists in Somalia run tremendous risks. According to the Committee to Protect Journalists, in the past four years alone, 21 reporters in Somalia were murdered and dozens arrested in the course of their work. Nevertheless, you can still find people in the country who want to report on what is really going on, people who have the courage to refuse the stuffed envelope. We bring them together, at a location where they are safe, and train them in objective reporting.

In addition to organising trainings, at the Media Training Centre we also produce three new editions per week of the news and current affairs programme Radio Hirad. This programme includes contributions from journalists trained at our Centre. The programme is broadcast by over 20 FM stations and websites. While most journalists in Somalia are mainly interested in reporting on political developments, Radio Hirad has a strong focus on social issues. Themes like health, the position of women and adolescents in society and migration feature prominently in the broadcasts. This way, we help people who are seldom heard to share their perspectives and bring sensitive yet important topics up for discussion.

In Somali culture, the name hirad is given to those who offer travellers safe shelter and food. Free Press Unlimited in turn wishes to support the hirads of the Somali media: the journalists who work to keep the public informed in this country torn by war and corruption.

During a training in 2015, a young woman told how she has to hide the fact that she is a reporter from her family. “My father doesn’t know that I’m here. He doesn’t know that I’m working as a journalist. If he did, he would forbid me from doing so.” Women are underrepresented in the Somali media. As a result, subjects that are specifically relevant to them get very little exposure. We try to attract female journalists to our trainings, and support them in their work. And our efforts are starting to bear fruit. Over the past year, many of the women whom we have trained at the Centre have moved up to the position of radio station manager and made a name for themselves as journalists. 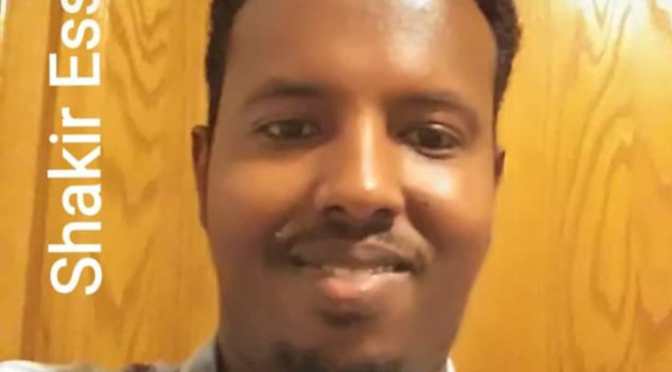